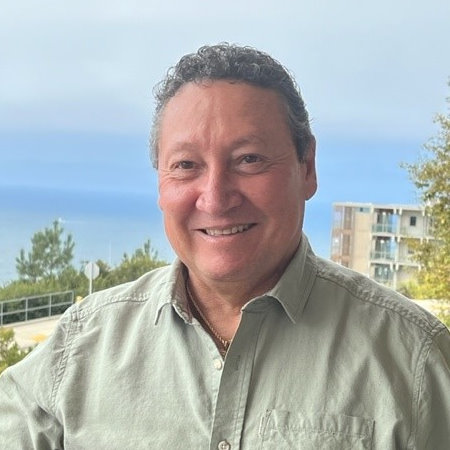 In his early years as a professional, he worked in several aquaculture companies, highlighting his participation as manager of shrimp farms in Panama, a position he held until 1995, when he competed and obtained the position of Director of the National Maritime Commission (COMAR), an organization in charge of developing the National Maritime Strategy, as well as unifying the Panamanian maritime sector. In the same year, he began his participation in the regional fisheries management organizations IATTC and ICCAT.

He was appointed Director of Marine and Coastal Resources of the Panama Maritime Authority, the office in charge of fisheries and coastal management at the national level, a position he held for 13 years and in which he had the responsibility by Law of the Republic of managing the marine and coastal resources of Panama, in addition to promoting and coordinating with the National Institute of Renewable Natural Resources, or its equivalent, plans that guarantee an adequate use of marine, coastal and lake resources, so as to allow their conservation, recovery and sustainable exploitation. In this position, he had to execute, direct, supervise and evaluate integral coastal management programs, in accordance with the policies emanating from the Authority and propose the adoption of fishing rules for foreign-flagged fishing vessels carrying out activities in waters under the jurisdiction of the Republic of Panama, as well as establish mechanisms for the scientific and technological improvement of the personnel involved in marine and coastal resource management activities, promote scientific research as a fundamental element for the proper management of marine and coastal resources, recommend the necessary measures for the protection and conservation of the marine environment, and impose sanctions to those who violate the legal and regulatory rules related to the administration of marine and coastal resources.

During his term as Director, from 1997 to 2004, he prioritized the conservation of fishery resources, laying the first foundations in the ordinance for the fight against illegal fishing. He made the International Fishing License mandatory for all Panamanian flagged vessels and in 1999 established the mandatory installation and operation of satellite monitoring systems (VMS) on board the Panamanian fishing fleet.