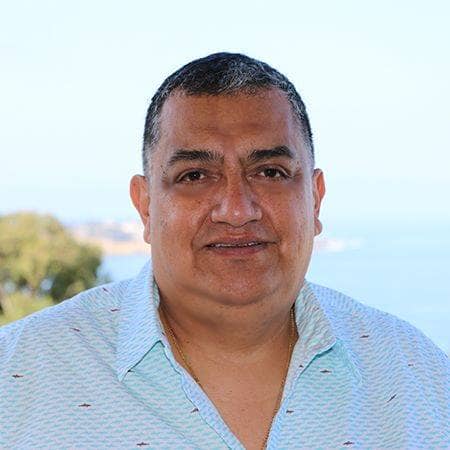 Ernesto Altamirano began his trajectory at the IATTC in 1986 when he worked as a fishery observer. Soon after he joined the staff at the now closed field office in Ensenada, Mexico, where he worked as data editor, port contact and port sampler. In 1987, Ernesto was hired to work at the headquarters in La Jolla, California, with the then called Tuna-Dolphin group as data editor. Since 2002, Ernesto is in charge of the coordination of the purse seine observer program under the Agreement for the International Dolphin Conservation Program (AIDCP). This task involves close coordination with the heads of the six IATTC field offices and the heads of the seven national observer programs, plus coordination with other observers programs not part of the AIDCP. He is also in charge of the observer training activities for the IATTC purse seine observer program. Ernesto’s additional duties include coordination with the regional observer programs of the WCPFC, as well providing technical assistance to the AIDCP and IATTC compliance groups which includes the International Review Panel (IRP) and the Committee for the Review of Implementation of Measures Adopted by the Commission (COR). He also serves as an advisor to other IATTC working groups such as Bycatch, Fish Aggregating Devices and Tuna Tracking.