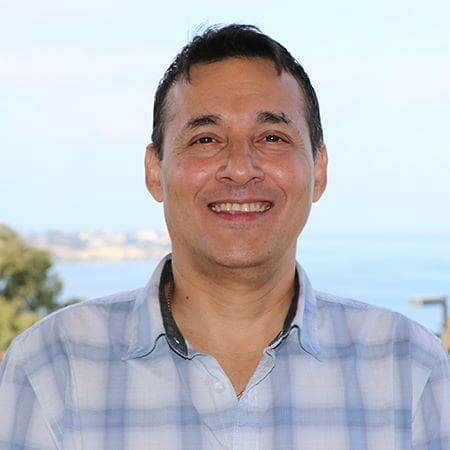 Originally from Ecuador, Marlon Roman worked as an IATTC observer for 10 years (1989-1998). He also worked as an employee of the IATTC field office in Manta, Ecuador (1997-1998). In 1999, Marlon joined the staff at the headquarters in La Jolla as a data editor. He became an Associate Scientist with the Tuna-Dolphin Program in 2010. Currently, Marlon takes the role as Bycatch and Electronic Monitoring (EM) Scientist under the Ecosystem and Bycatch Program. He is responsible for the implementation of the EM workplan in the EPO. Marlon’s responsibilities also include conducting investigations on EM trials, research on non-entangling and degradable materials for the tuna purse-seine FAD fishery, and development of guides and observer forms for the identification and sampling of species associated with the tuna purse-seine fishery. He is also the contact in the staff on matters related to the Tuna Tracking and AIDCP Dolphin safe certification system.